← Modelling at the Lakeview
Abandoned on Guilbault → 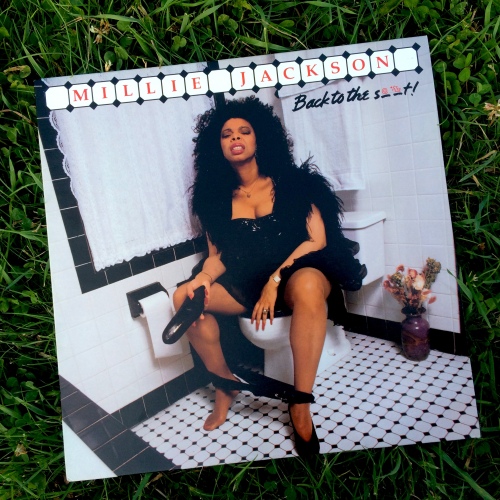 Back To The S**t! – a toilet-themed record cover by R&B songstress Millie Jackson that’s occasionally voted the worst cover art ever!

When I first heard of this a few months ago I just knew I had to get it for my friend Alex for his birthday. I looked in every record store in Montreal but it was nowhere to be found & I gave up. Finally, less than a week ago I chanced upon Sonorama, a store I’d never been into before, they had a Millie Jackson section but not this specific record. I was about to leave but decided to ask a staff member if he’d seen it, just in case. He reached down under the counter and there it was 😀

This site uses Akismet to reduce spam. Learn how your comment data is processed.